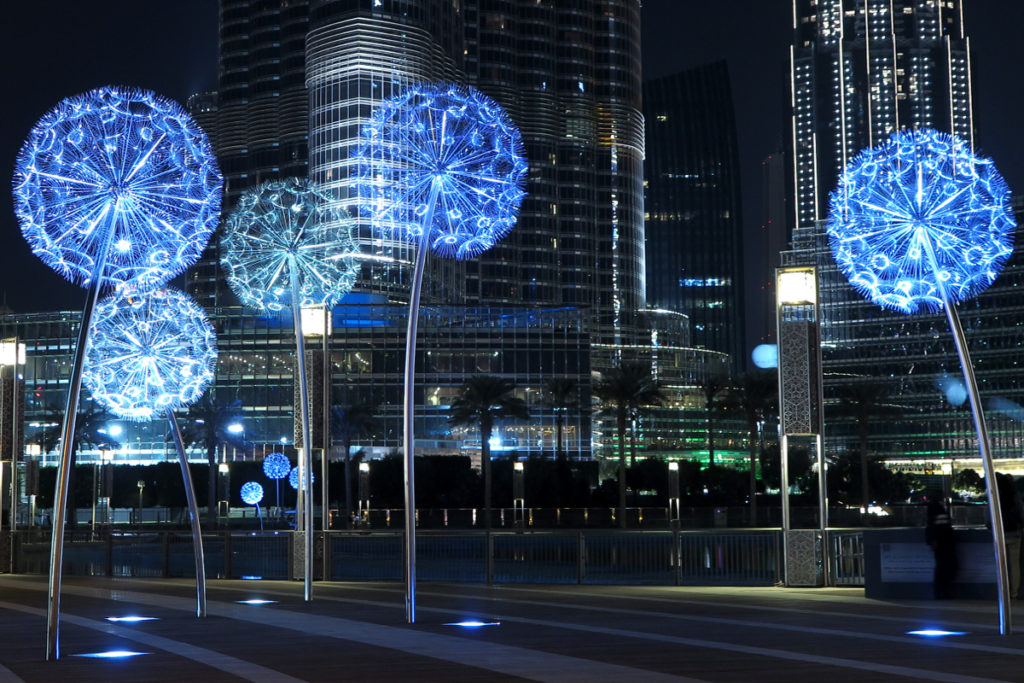 Art in Public Space has been asked to consult on the implementation of the set of 14 Dandelions by the tallest building in the world – Burj Khalifa. Those spectacular installations, being hand crafted and some 7 meters tall are intricately made to capture floral delicacy of nature. They have become an amazing success literally from the second they have been installed, drawing audiences’ attention due to their phenomenal beauty and the lighting effects that are fabulous especially during the night. We have seen, literally “from inception” thousands of people delighting in them, taking photographs and putting them on their social media. It can safely be said that they have already transformed the area for the better, adding even further to this magnificent site.